Noise cancelling software can be a crucial point for effective communication. Ever heard the expression “communication is key”?  More importantly, have you ever pondered over the hidden meanings it conveys? Or how it applies to just about every facet of our lives as humans?

Communication is just as important in your work or business, as it is in your personal life and your relationships with your family, friends and loved ones. At any given point in time, it’s important that you’re passing the accurate messages across, it’s crucial that you’re not misunderstood. Hence, communication is key.

And in this day and age, you’ll have to agree with me that communication is majorly about phone calls (whether VoIP or otherwise), video conference calls, podcasts, video interviews, and whatnot.

But there’s one common thread that runs through every single one of these means of communication, and that is NOISE. Noise is like that vicious little mosquito that flies close to our ears and makes annoying hums that disrupt our focus. And just as we are about to squash it, it flies away only to return again and again and again.

There are countless tools, and noise cancelling software and apps that claim to be the best at noise canceling but in this post, let’s take a look at the top ones:

Right now, Krisp is one of the very few tools of its kind in the marketplace, how do I mean? There are tools that help you remove noise from recorded audio (after the video has been recorded), but there is a serious shortage of tools that help you to remove noise in real-time such as while you are making or receiving a call. By the way the app was featured as a Product of the Day on Product Hunt. 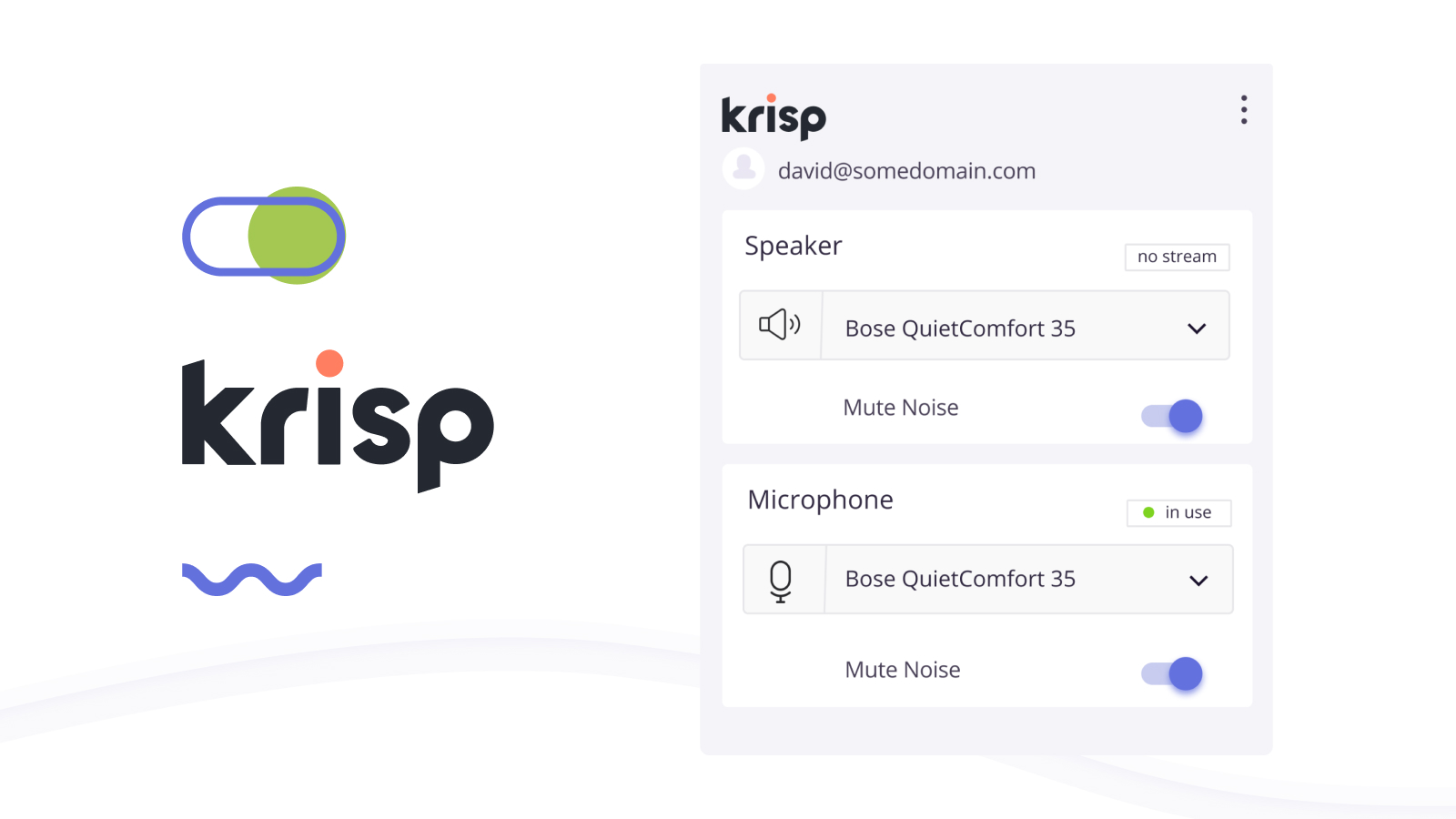 Here are a few features that set Krisp apart from others:

You can check out the demo below:

This is another noise cancelling software in the market, a lot of people go for it for its ability to pick up the most disturbing of audio recordings and transform them into clear and noiseless mirror images of what they once were.

It enjoys massive patronage from all across the board, from the newcomer to those who aren’t exactly newcomers but are also not veterans yet, to the industry veteran themselves.

It prides itself as being the tool of last resort, the one that solves the problems others could not.

The RX7 has an assortment of features that make it the foremost audio repair tool:

With dialogue contour, you literally can improve the intonation in a spoken dialogue in order to polish and refine the recording.

With the dialogue de-reverb, you can remove reverberant signal content from spoken dialogue thanks to a new machine learning-based algorithm that runs it.

As the name implies, de-rustle removes all forms of distracting rustle from your dialogue. An example of a rustle it removes is the noise from the body or clip-on microphone known as a lavalier microphone.

This helps you to eliminate the background noise and allows your dialogue to speak more clearly.

Sometimes while recording, our breath is picked up by the microphone and that’s heard as noise. The breath control feature identifies and removes such noises in vocal recordings and dialogue.

There have been complaints that RX6 (the predecessor to RX7) might be problematic, in that it sometimes hangs when you click on quit and leaves you with no option than to force-quit it. There have been no such complaints about the RX7 (or at least not yet).

Audacity is a free, open-source, cross-platform noise cancelling software that is compatible with Mac, Windows, and Linux computers.

Once downloaded, this noise cancelling software can be used by anyone looking to do some of the most basic editing and refining of their audio files, so whether you’re an entrepreneur just starting out and looking to jumpstart your own podcast or you’re a spoken word artist who’s looking to make a decent break into the markets. Audacity is your guy.

A few features that make it appealing are:

Although the user interface might be considered old and clunky by some, you can certainly rest assured that locating its important editing tools at the main menu bar is a breeze, the learning curve for this tool is pretty mild and gentle, as it’s easy to understand the way most of the controls work.

To get this app to do your bidding, all you need do is highlight the portion of the audio that you need to polish or edit, the tool then inspects the highlighted part and automatically eliminates any unwanted sounds or other distracting noises and just before it affects those edits, it allows you to check them with the preview function and decide whether or not you are satisfied with the edits as they are.

It’s free and requires no financial investment whatsoever down the road. So if you’re a newcomer and you’re confused by all the information about the so many different editing software you can potentially choose from, so much so, that you can’t seem to settle for one, then you might want to give Audacity a try first.

As it will get you familiar with the basics of audio editing and equip you with the knowledge that will enable you to make an informed decision about which audio editing software you should transition to when the time comes. Think of it as learning to drive a car, at a free driving school.

The tool does have its downsides, you might be unable to boot it up sometimes or it may crash while you’re using it at other times.

Also the recording you’ll get from this tool might not be as high-fidelity as those from other paid software in its category.

It is a light-weight noise cancelling software which when used with VoIPs like Skype can eliminate background noise, creating a much better calling experience for you whenever you make calls.

The idea is for you to be able to call from just about anywhere. Even if that be on a matchday beside noisy NFL cheerleaders.

If the audio level is found to be higher than the threshold, it is bypassed (allowed entry) however if it is found to be lower then the gate closes and the audio is cut (entry is restricted) all of these happens in real-time.

One major drawback some users have complained about this noise cancelling software is that there are times when all of a sudden the software just stops working and then generates a pop-up, next thing you know it exits you from the page and leaves you wondering where you went wrong.


This is an excellent free noise cancelling software that runs on Mac, Linux, and Windows. It is suitable for podcasters, spoken word artists or just about anyone looking to create audio entertainment from home. 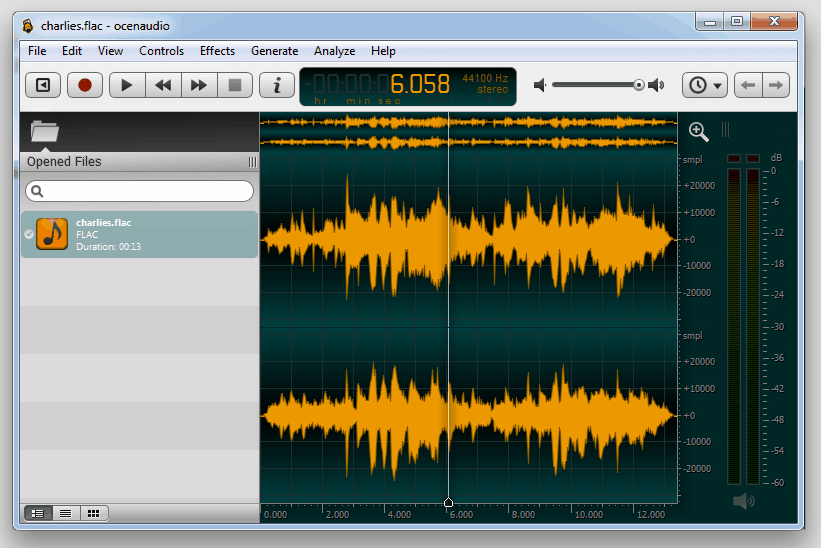 It helps them to eliminate unwanted noise from their recordings.

It’s easy to make and edit recordings with Ocenaudio and unlike other tools, large files do not cause the application to hang, or crash.

Ocenaudio has a pretty intuitive user interface that has a mild learning curve, all open files are arranged in a list on the lefthand side of the screen and you can click any one of the files to reveal its waveform.

Just like Audacity, it allows you to left-click and highlight the parts of an audio file that you want to edit, once highlighted you can click on the noise removal option to immediately eliminate all the noise from that section.

The major drawbacks of this tool are that it is not open source, and for a free tool of its stature, it’s better for it to be open source just so that more hands can tweak the codes and deliver even more powerful outcomes.

This is another stellar noise reduction tool that runs well on Windows and Mac. It includes a set of excellent noise reduction plugins that helps you, in surgical terms, to take a scalpel and remove the numerous “bad cells” in your audio recording.

A few features that stand this tool out are:

With ERA noise remover you can easily reduce or outrightly remove unwanted noise from the air conditioner, fan, refrigerator or even the wall clock.

Reverb makes your audio sound as though it’s bathed in echoes. These echoes are usually caused by room acoustics. Reverb remover quickly removes the excess echo and put the spotlight back in the audio.

Sometimes during voice recording some gain inconsistencies appear, these are usually caused by the movement of the speaker or microphone or both but thanks to vice leveler you can remedy all that with a single turn of the knob.

Sibilant consonants (like “ch”, “z”, “s”, “sh” and “j”) are not very welcoming when heard in dialogues or audio recording but not to worry, with the de-esser you can polish the audio and rid it of any signs of sibilance whatsoever.

There is no perfect tool for the job, the tool to use depends largely on the nature of the job, and the budget you’re looking to work with. Sometimes you might need more than one tool to get the job done and at other times you might just need one. So the key question is, what’s the job?

Have you ever used any of these pieces of software before? If yes, what was your experience with them? We’d love to hear from you in the comments section.

How to Reduce Background Noise on Microphone