In late 2016, when Apple first launched the AirPods, no one, not even Apple themselves believed they would become this popular. It was a long shot. As at the time they were launched a lot of iPhone users complained that they were too expensive at $159.

Fast forward to 3 years and the AirPods are now the most popular headphones in the world. No matter where you go, you can hardly look around and not find a white plastic stem sticking out of someone’s ears. The AirPods overcame complaints and ridicule to become not only an industry leader but also an essential piece of fashion

On October 28, Apple took their AirPods game to the next level by launching a successor to the standard AirPods naming it the AirPods Pro. Offered at $250 this new headphones boasts of a number of critical features that are absent in its predecessor. (the regular AirPods) Features like noise cancellation, sweat and water resistance, ear tips that come in different sizes, a slightly bigger carrying case that opens on the longer side, Lightning to USB-C cable and so much more. 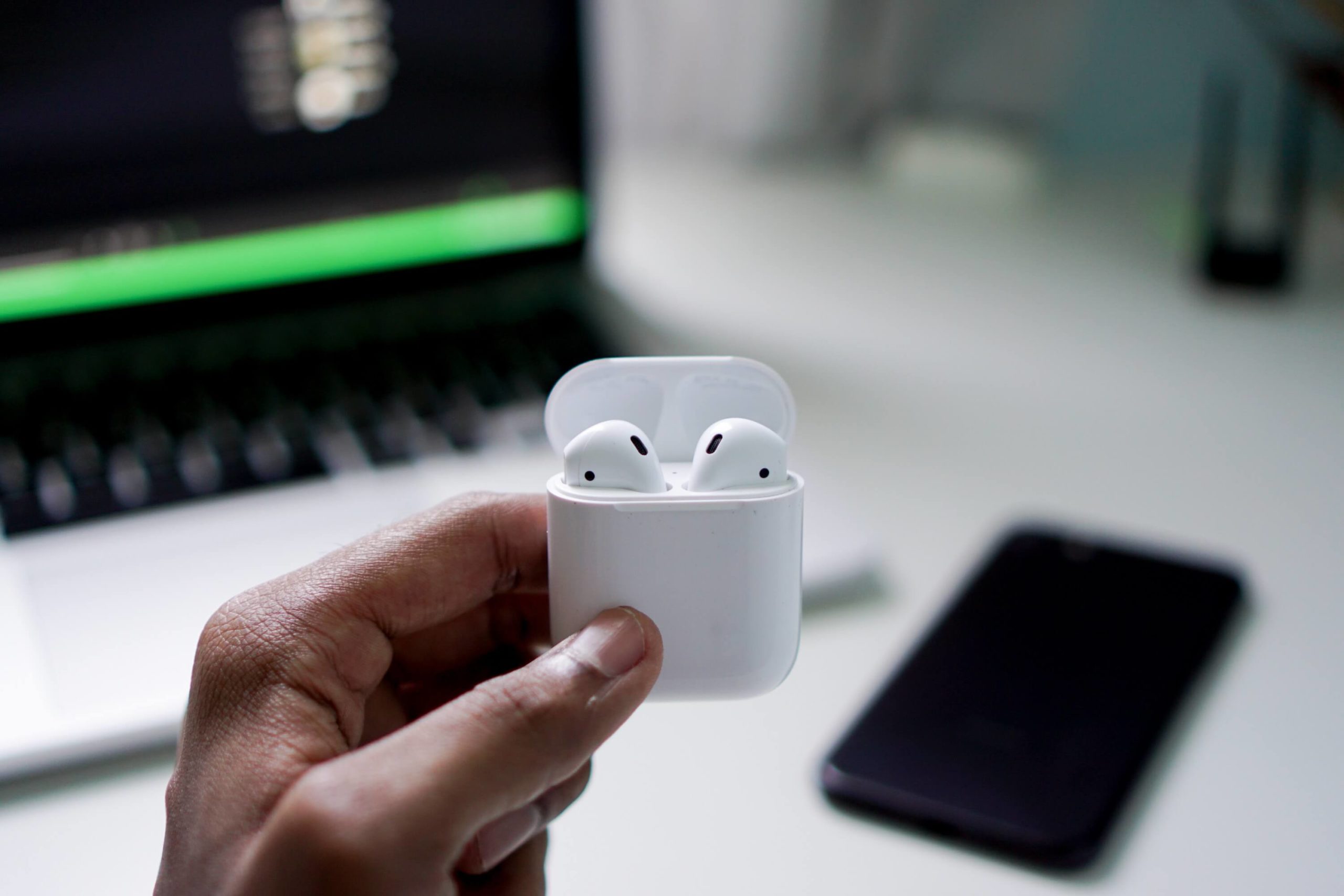 They officially hit the shelves on October 30. “But the AirPods 2 just launched 7months prior on March 29th” you might wonder, “how then, are they able to sell both together.” Well trust Apple to always find a way to sell their products. Although the AirPods 2 is significantly better than the first generation that was released in 2016, it still is no match for the Pros.

It’s only been a few months and some days since the AirPods Pro got launched, but the reception from users worldwide has been overwhelming. The demand is so high, especially during this holiday season, so much so that Apple is finding it difficult to keep up according to Nikkei Asian Review. The company’s monthly orders have now gone from one million to two million.

A quick look at Apple’s site reveals that orders for AirPods Pro (which sells at $249) that are completed today won’t be arriving until about a month later. And the wait times are expected to get longer.

Here are some of the things we feel you need to know about the new AirPods Pro:

I’m no stranger to having earbuds fall out of my ears all the time. For instance, I’m driving and while talking on the phone through my earbuds I stop at a redlight, light turns green I depress the gas and as soon as I zoom off my head bounces to the back and… you guessed it my earbuds fall out and that means I’d have to take my eyes off the road for a second or two to pick them up — needless to say my auto insurance company wouldn’t like that at all. If you’re like me this is your reality, whenever you do any strenuous activity, you begin to feel your airpods coming loose and starting to fall out.

While building the new airpods pro, Apple took the plights of people like us into consideration. The pros are comfortable yet snug. They are complete with small, medium and large ear tips which can be switched depending on the user. Each of the tips are designed to achieve a snug fit and a tight seal. Do you need to wear them while working out? No problem. The pros are also sweat and water resistant. Apple also threw in “vents” in the new mix, so that when noise canceling is on, you won’t get the feeling that your head is under pressure (the feeling you get when your head is submerged in water.) The vents also help to reduce wind noise significantly when you’re on a voice call.

The general gist is that, when compared to the older Airpods this new design will fit more ears, as Apple intended for it to have some form of universality. it’s not perfect but it comes pretty close. Understandably the idea of having silicone buds in their ears might not sit well with some people regardless of how soft or pliable these buds are, but trust me this ones are worth the try. 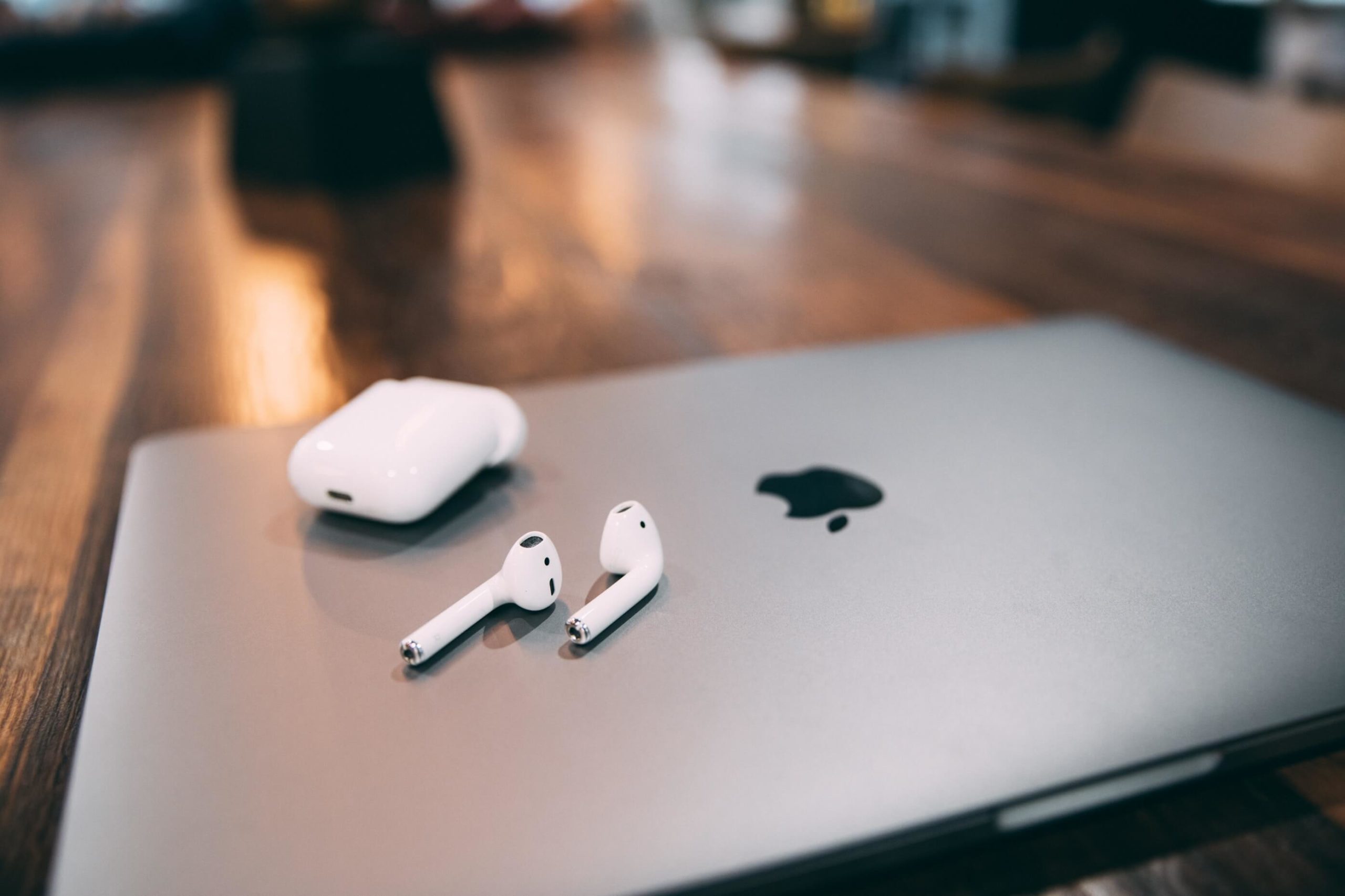 Before the pro was released, one of the most annoying things about wearing the standard AirPods is that in a noisy environment you have to turn up the volume to “hopefully” drown out the background chatter at say, a coffee shop, or the general traffic noise on a busy highway or else the noise from the surrounding will drown out the sound of your audio and you won’t be able to hear anything but the noise.

With the release of the pro, a lot of users have said they enjoy the noise cancellation feature because, surprisingly, it works well enough to filter out surrounding noises and they don’t necessarily have to crank up the volume of their earpiece. Also they can be worn at your workplace to drown out idle chatter from coworkers, at the gym (since it’s sweat resistant) to drown out noise from gym equipment or even on the subway to filter out noise from fellow commuters. And like we said earlier, they also stay pretty snug so there should be no fear of them coming loose.

How did apple redefine noise cancellation?

Apple claims that its software allows noise cancellation to be continuously adjusted at 200 times each second and this is made possible by their new H1 chip technology.

Its noise cancelation is so effective that some pundits consider the Pro to be neck and neck with Sony’s WF1000X earbuds.

Transparency mode offers the best of both worlds

Enough about noise cancellation. There will be times when despite wearing your noise-cancelling AirPods and listening to audio entertainment you’ll also need to listen to what’s going on in your immediate surrounding such as announcements at an airport or in a train station or car horns if you’re taking a walk on a slightly busy road with cars coming behind you every now and then. 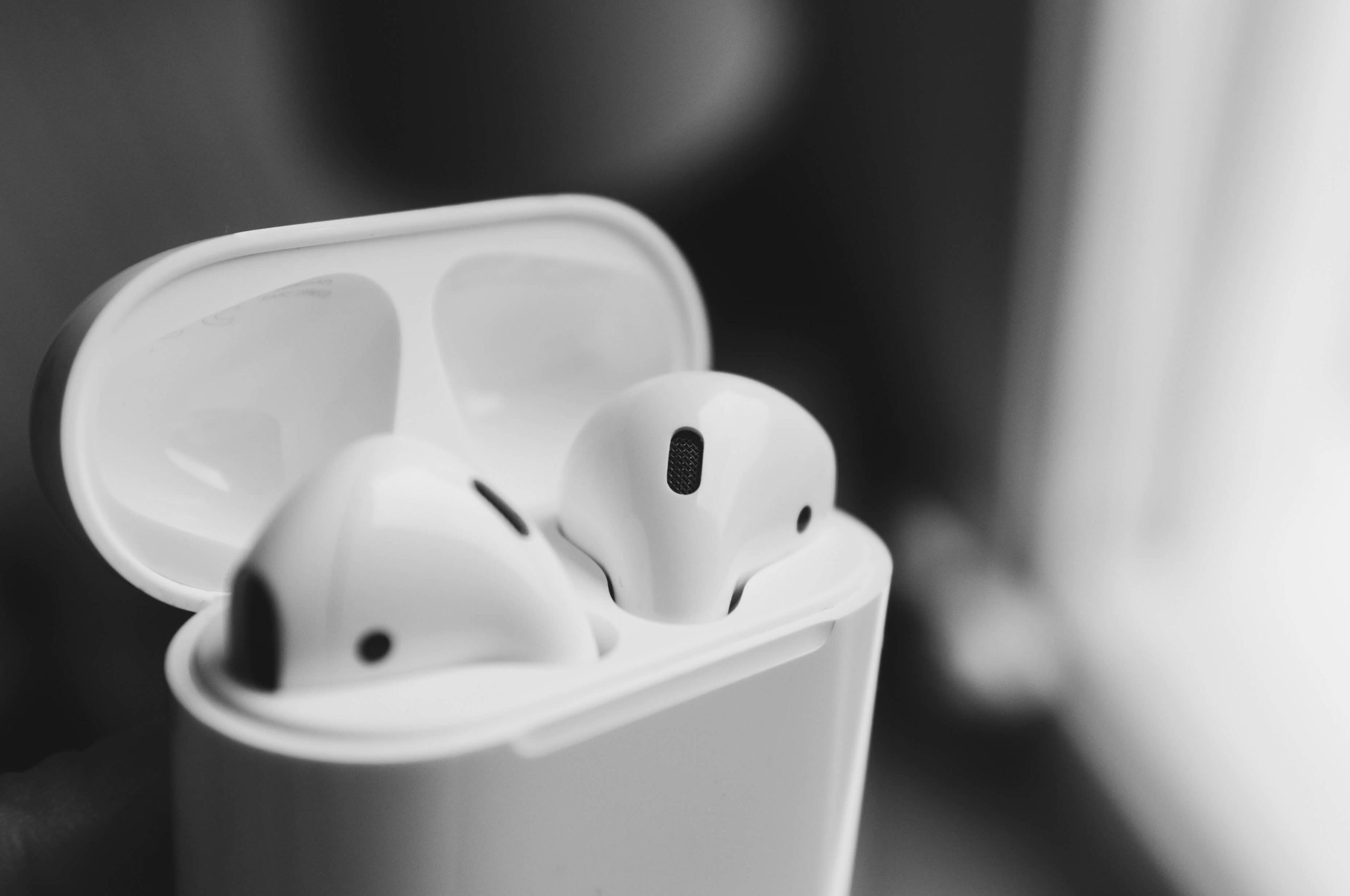 The AirPods pro caters to this need by allowing you to switch to transparency mode for a short term if your needs are temporary or indefinitely if you want to be aware of your surroundings for as long as your AirPods are in your ears.

To switch from active noise cancellation mode to transparency mode there are 2 routes. First is to long press (squeeze and hold) the touch button on the stem of either earbuds until it switches and second is to make the switch from the control center of your iPhone or iPad.

And as you might have guessed, using either of the 2 modes takes a toll on your battery life.

Their sound quality trumps that of standard airpods

As far as sound quality is concerned the AirPods pro beats the standard AirPods hands down. Listen to audio with the pros and the first thing you’ll probably notice is an improvement in the bass performance, when compared to its predecessors. This is because the pro comes with better ear tips that make better seals with the ears; and that’s when you’re in noise cancellation mode.

If for any reason, you decide to switch off noise cancellation you’ll still get top notch sound quality without having to turn up the volume really high to drown out noise from the surroundings.

The second reason the Pro has better sound quality is that Apple threw a feature called Adaptive EQ into the mix.

Remember Apple’s HomePod, and how it’s equipped with spatial awareness, allowing it to intelligently analyze a room and adjust its sound output to best suit the structure of the room?

Well, Adaptive EQ works in much the same way, it uses one of the microphones inside the pro to adjust low and mid frequencies of any audio based on the anatomy of your ear. This gives you a unique listening experience since it’s customized for you. This feature remains on as long as the noise cancellation is on so once you switch to transparency mode you can tell the difference almost immediately.

Given all that’s been said, I understand that sound quality is a subjective feature and what constitutes superior quality to John might not be the same for Nick and vice-versa, even if they’re identical twins. But I’ll tell you this, if you’ve been using the standard AirPods before and you loved the way it sounded then get ready to be wowed by the Pro. If you’re looking for something heavy duty with sound bleeding out to the surrounding then you might want to keep looking, Apple isn’t there yet. 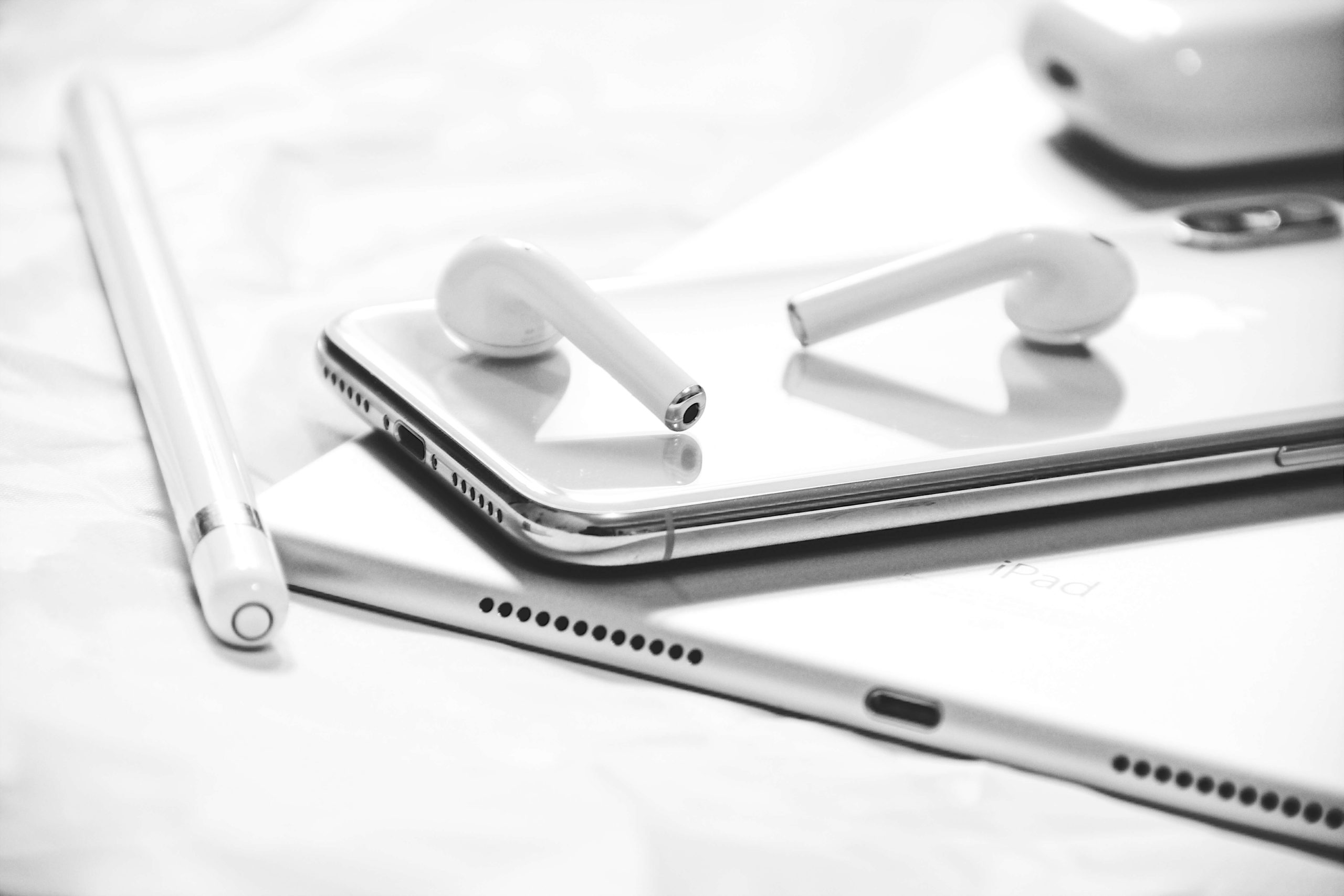 There has been no upgrade to their battery lives

As far as the battery life is concerned, there have been no noticeable improvements.

If you switch on noise cancellation or transparency mode then expect about 4.5hours battery life before you need to recharge. If you switch off both modes, then expect the same 5hours you’ll get from standard AirPods. These numbers are pretty decent for most commutes and short flights but if you’re looking for something to last you for a long haul then perhaps you might want to consider Apple’s Powerbeats Pro which lasts for 9 hours or Sony’s noise-canceling WH-1000X M3 earbuds which lasts for 8 hours of straight listening. But if you’ll stick with the AirPods Pro then rest assured that the case still comes with battery to power you for 24 hours.

But as with all things, your Pros will perform optimally until they reach a certain point, where diminishing returns begin to set in. Depending on how heavily you use them, their battery life will start reducing and you’ll notice when the batteries start to die faster than they used to.

That said, for most AirPods their batteries are not easily replaceable and that means you’ll have to get rid of them when the battery finally gives up.

Just like its predecessors, Apple’s new AirPods Pro also allows a quick and seamless connection with your iPhone.

All you need do is flip open the AirPods’ lid and bring it close to your iPhone, your phone will detect the Pro and and a setup dialog box will appear on your screen, hit connect and the phone will walk you through the setup process. After that initial setup your iPhone will be able to connect automatically whenever pop the lid open.

This is a feature that even Apple competitors like Samsung are beginning to adopt. 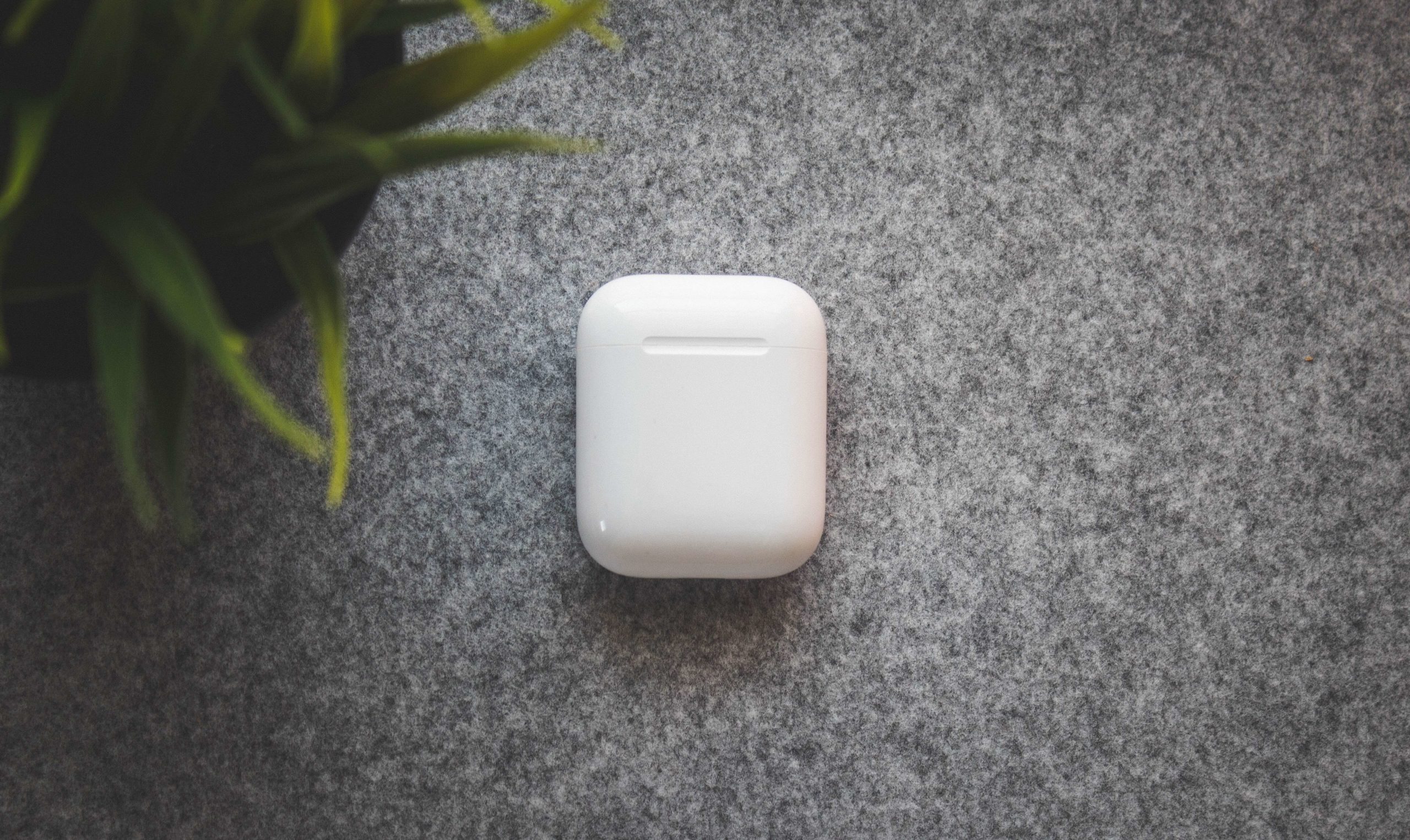 The question is should you shell out cold hard cash to get yourself a pair? That’s a question only you can answer.

But what I’d say is, with the newly introduced features such as noise cancellation; transparency; sweat and water resistance; ear tips of various sizes for increased comfort and better seal; and improved features like superior sound quality, and seamless pairing with iOS devices; the Pro seems to be the best option for you.

In simple terms, as an iPhone user nothing beats the AirPods and the best of them at the moment is the AirPods Pro.

Another good reason to upgrade to the Pro is if you’ve been using your current AirPods for a few years now and it’s starting to fall apart.

Do Apple’s AirPods Pro live up to the hype? Yes, they certainly do.

How to Reduce Background Noise on Microphone