What is Aquatic Noise Pollution and How to Fight It

Ever heard reports, maybe on TV or radio of dead whales washed ashore? USA TODAY reports how 9 dead whales were found in the San Francisco Bay Area within the span of 2 months! (March and May of 2019)

In Washington state alone 29 dead whales washed ashore in one week in June 2019.

One morning while on a beach in the Bahamas Ken Balcomb, a prominent whale researcher, and his assistants discovered a stranded whale ashore, they tried to help by pushing it back into the deep waters but shortly after, it washed ashore again this time dead.

Then farther down the shore, they discovered another dead whale washed ashore, then another and another. By the end of the day, they could count 17 dead whales washed ashore on beaches around the Bahamas.

Have you ever thought that noise might have an effect on marine animals? Me neither. But research has shown that it does and it’s called aquatic noise pollution. 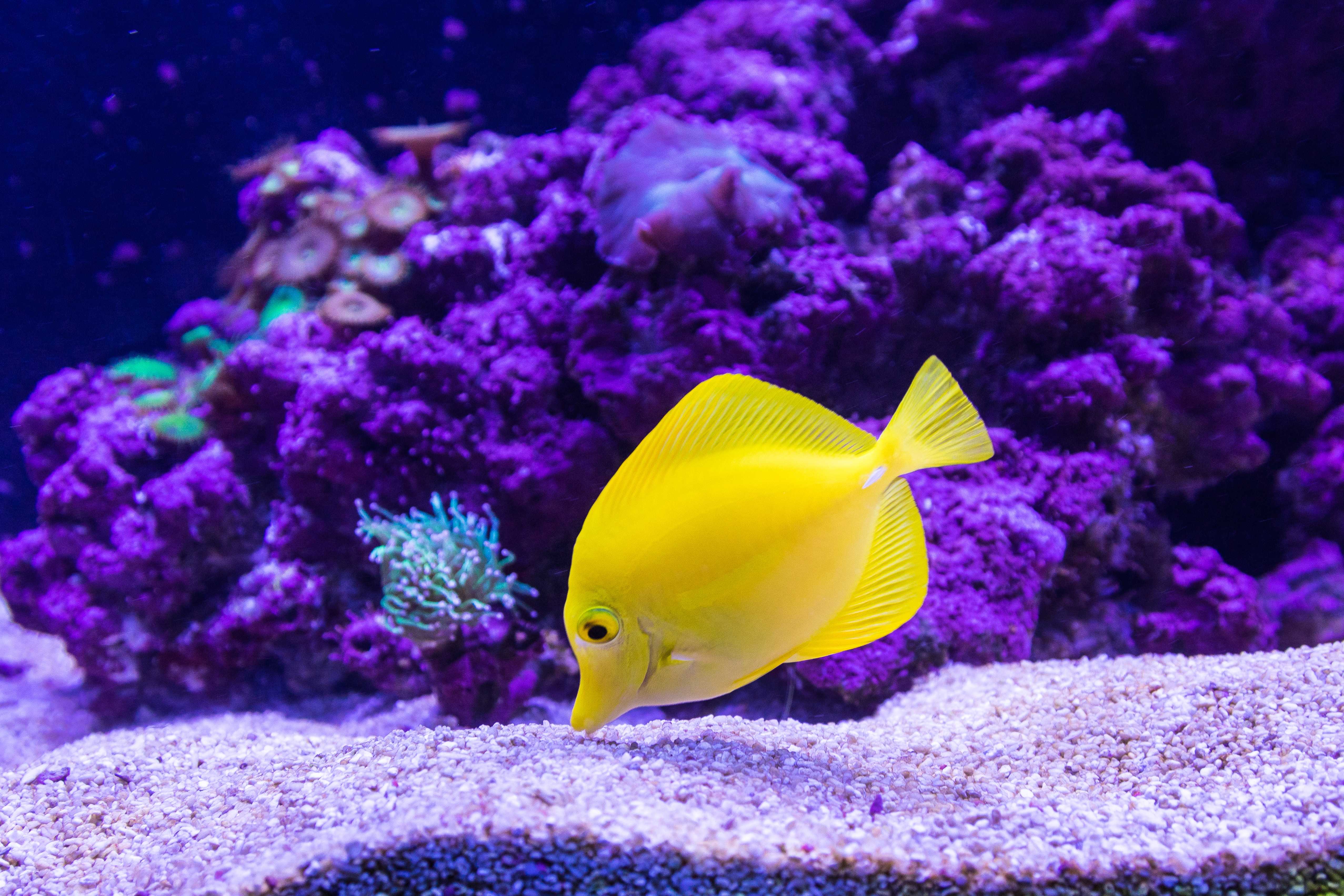 Most ocean noises come from commercial (shipping), industrial (seismic), and military (sonar) sources. Let’s run through each one briefly:

At any given time, there are about 60,000 commercial ships on our seas. Imagine the cumulative effect of the non-stop noise from propellers and engines as they reverberate across the ocean.

Oil companies use underwater seismic guns to prospect for oil, deep below the sea beds, it works by delivering pulses of sound towards the ocean floor.

Sonar is majorly used by the U.S. Navy and other countries’ navies. They help the navies to “see” in water by emitting sound pulses and detecting them after they bounce off targets.

Most humans rely on their sight to see and make sense of the world, they also rely on speech and hearing speech. marine animals, on the other hand mostly use sound.

How fast does sound travel in the air? Very fast, instantaneous even, because when I speak, you can hear instantly even if you’re 2 kilometers away (as long as it’s loud enough).

The faster travel speed of sound through water is one of the major reasons why whales, for instance, can communicate.

They communicate by making sounds (clicks, songs or whistles) that can be heard by other whales as far as 60,000 meters away (that’s the distance of about 600 football fields placed end to end) and they receive responses within just a few seconds!

The bad news is,  aquatic noise pollution caused largely by human activities drowns out the sound of their clicks, sounds or whistles. In reality, noise pollution makes them deaf, dumb and blind. Isolated and unable to communicate.

2. They lose breeding and feeding opportunities

Breeding depends largely on communication through sound, a marine animal makes a certain sound to attract a mate but with the cacophony of noise we humans inject into the sea on a daily basis, it becomes pretty difficult or at times even impossible for the mate to hear much less respond.

Also when whales find food they typically make a sound to invite other whales to join in the feast, but sadly the messages are usually drowned by noise thus some whales miss out on countless opportunities to feed.

A Marine Science Today article, reports that seismic exploration can kill fish eggs and larvae and scare fish away from important habitats. The blasts from explorations can also damage their swim bladders and ear cells and might even result in death.

4. Their stress levels go up

According to research by The New England aquarium, after 9/11 there was a significant drop in the air as well as ship traffic (which means less noise in the oceans) so they decided to test the effects of the sudden quiet on whales.

They found a dramatic drop in the concentration a cortical steroid (stress hormone) in whales, this clearly shows that the whales had very low stress levels. From this we can infer that noisier the seas are, the more stressed the whales will be.

WHAT IS AN AQUATIC HABITAT?

The earth’s aquatic habitat takes up two-thirds of our entire planet so much so, that when viewed from space, the earth looks like a giant blue marble.

An aquatic habitat is simply the physical environment (in this case freshwater or oceans) where plants or animals live. Any water body that supports life falls within this broad definition. 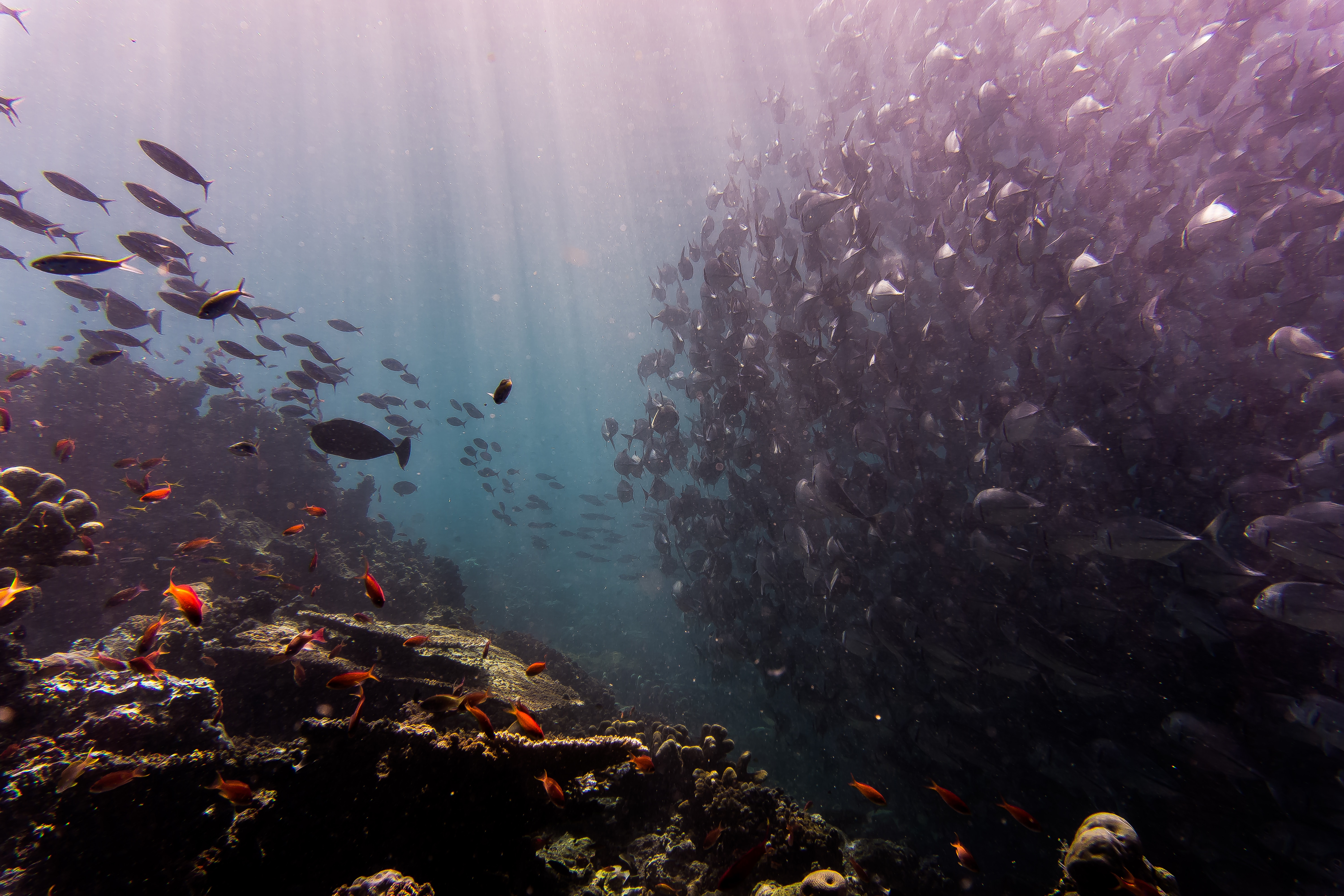 It’s common knowledge that fish and other aquatic animals live in water, but for a fish to survive, it definitely needs more than water, it needs food, shelter, a safe and secure breeding ground among other things all while it’s in water. So all of that put together makes up the habitat.

Why should we care about the aquatic habitat?

Life on earth exists because we are able to breathe in oxygen, most of us can hold our breath for about a minute or 2 at most. In fact, the world’s best breath holder can only do so for about 23 minutes according to world records, anything more and he’ll simply pass out. So oxygen is central to our existence.

It might interest you to know that about 70% of the oxygen that we (humans and even animals) breathe is produced by planktons in the oceans. And if our oxygen supply is ever cut short it will be our undoing and it will be because we destroyed life in the ocean.

The ocean also help us remove carbon dioxide (CO2), a greenhouse gas, and pollutant. It removes CO2 through the planktons in the sea, plankton consumes CO2 to make food for themselves.

Fish are rich sources of protein. Fish accounts for about 16% of the animal protein that we consume globally and they are all provided by the aquatic habitat. In most coastal towns, seafood form the bulk of their food intake. Aside from seafood, the sea also provides ingredients for making food like peanut butter and soy milk.

The oceans absorb more than half of the heat that lands on the earth’s surface. It then redistributes it around the world thereby regulating the earth’s weather and climate. 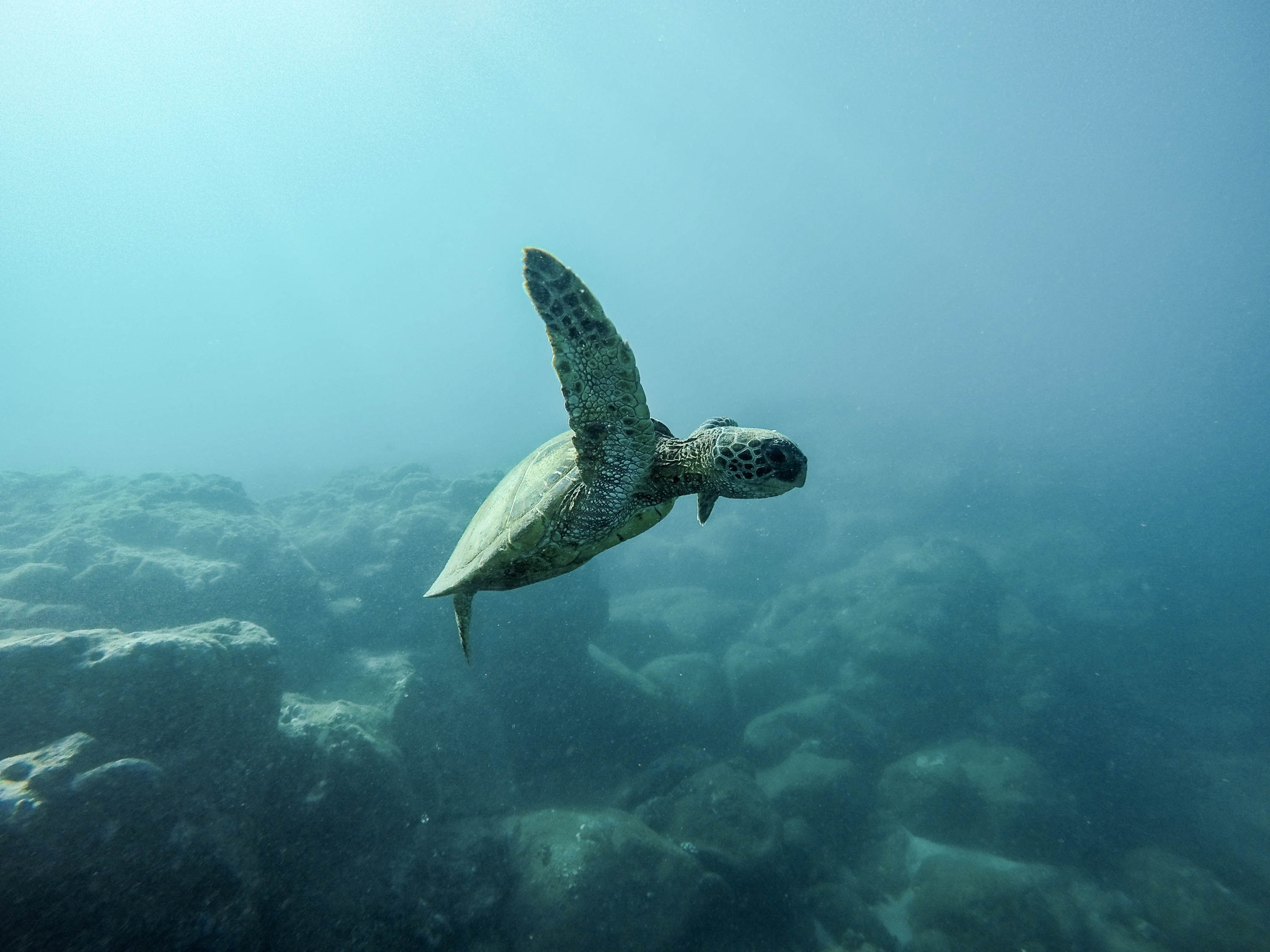 HOW TO STOP AQUATIC NOISE POLLUTION

1. Reduce the number of ships

At any given time, there are about 60,000 ships occupying all parts of the ocean. Regulatory authorities should restrict ships from venturing into certain parts of the seas, especially where animals breed and feed

Oil companies use underwater airgun explosions to prospect for oil in the sea beds. But a much quieter yet equally powerful new technology called Vibroseis is being developed and deployed. 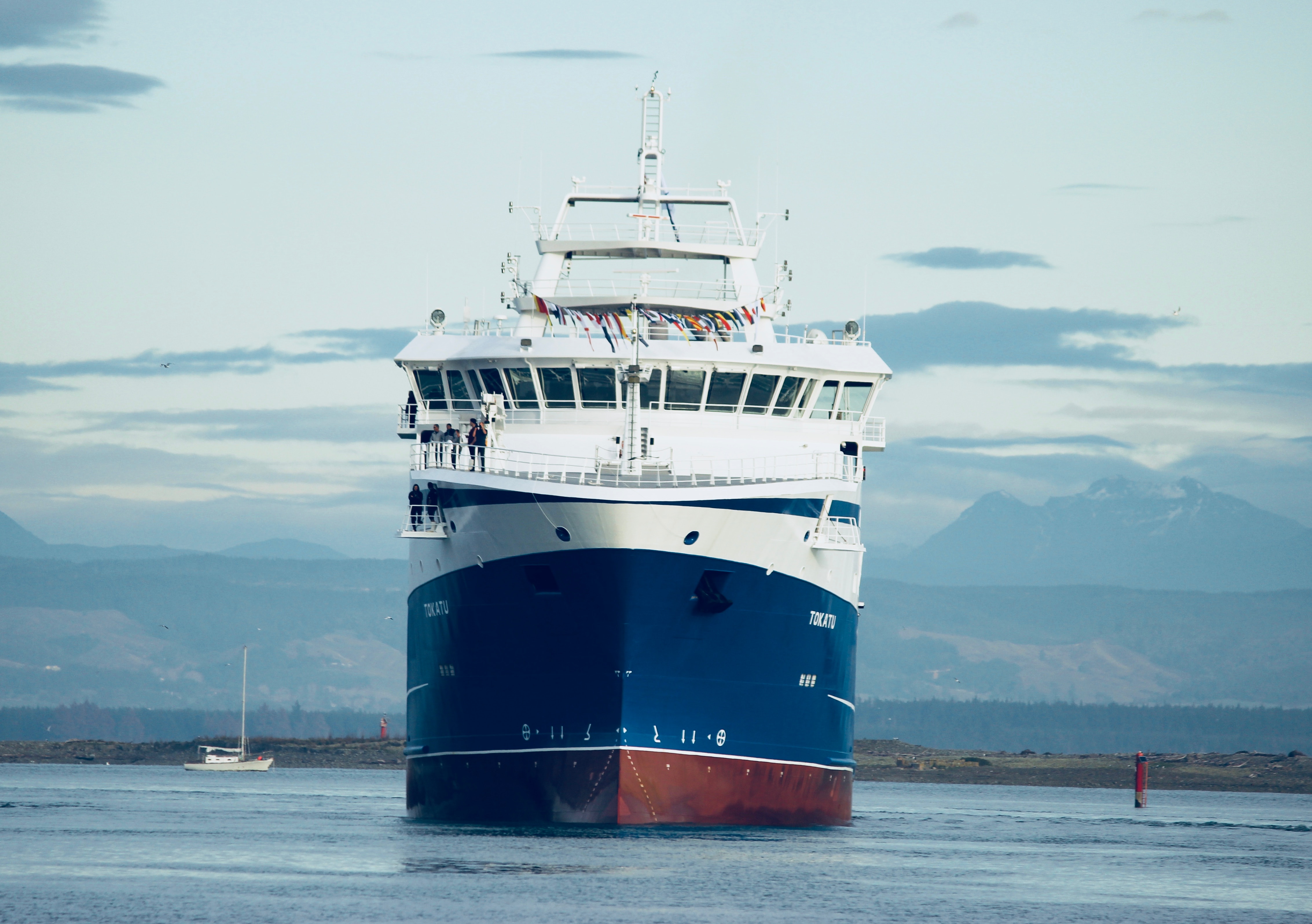 Experts have advised that in making quieter ships, the engines must be mounted in a way that they are not directly in contact with the hull. More research should also go into ways of making the propeller quieter.

A lot of people don’t know about the negative effect of aquatic noise pollution on marine animals. Hence there’s a need to spread the word on social media, print media, and other platforms so that more people can lobby political office holders to take meaningful steps to end this problem.

Note: It’s important to fight the surrounding noise in your life as well. It will help you preserve hearing and have a more productive lifestyle.

Try investing in noise cancelling headphones, wearing noise isolating earbuds or earmuffs and get yourself a noise cancelling app. We helped remove more than 25 million minutes of noise in calls.