Conflict can have a big impact on a team’s productivity and morale. So understanding how to identify and deal with conflict plays an important part in managing a remote team.

In a face-to-face environment, identifying conflict and dealing with it effectively is difficult enough. When it comes to managing remote teams – who may be teleconferencing with one another across different continents – the problem becomes even greater.

In addition, virtual teams may be more prone to conflict than office-based teams.

According to Stanford Professor Lindred Green;

There are many reasons why this might be the case, but often it’s down to a lack of communication and transparency.

In this post we’ll discuss some ways to keep virtual team relationships healthy. When we talk about ‘remote teams’ we’ll take this to mean a group of individuals who work together in different geographical locations. As well as being a team that relies on technology in order to communicate.

Why is remote conflict difficult to detect?

In an office, team members often catch up with each other in the canteen or by the water fountain. At moments like these, as well as in face-to-face meetings, conflict between team members is easy to spot.

People tend to express discord using body language or facial expressions. When a manager senses this friction they can take action to ensure participants sort things out and move on.

This doesn’t happen in a virtual environment. Conflict often stays hidden because;

The impacts of conflict can affect the bottom line

While difficult, it’s essential to get a handle on this issue. Without a strategy in place, conflict could balloon out of all proportion.

Whether the conflict arises from a clash of personalities or from disagreement about how a project should progress, managers need to deal with discord immediately. That’s rather than let it impact productivity and profits. 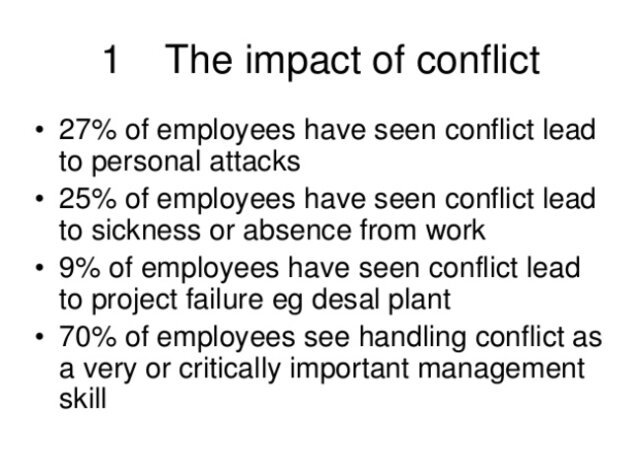 Let’s look at some practical steps you can take to resolve conflict in a remote team:

1. Make use of the latest communications software

Communicating via email or through a non video call can lead to conflict that’s quick to escalate. Team members may take things personally when a challenge to their ideas lands in their inbox. This email could come from a colleague who is perhaps a continent away, rather than in the same office. This disconnection can lead to a source of frustration and resentment.

Without being able to see the expression of the person sending the email – or understand the context of the message – recipients may automatically assign them negative attitudes. Recipients may react aggressively, and the conflict could develop into a back and forth series of interactions that escalate the issue.

Having a high quality video conferencing system could help to mitigate these kinds of misunderstandings. When someone can see the other person’s facial expressions and body language they can get a better understanding of their comments. Video allows team members to elaborate on what they’re trying to say without causing offence. 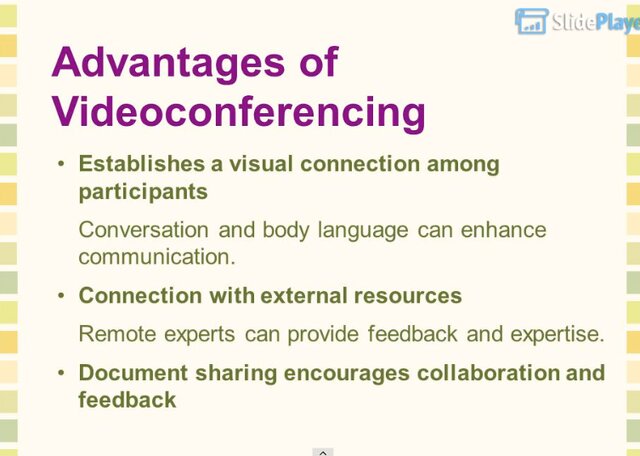 And, since communications take place in real time, there’s the opportunity to have a spontaneous discussion. By being able to respond immediately in a conversation there’s an increased likelihood both parties will come to an agreement.

Another great benefit of video conferencing is that team members can see themselves on the screen – and that’s a great reminder for checking how you’re coming across to others.

2. Look out for changes in communication behavior

A good virtual team leader should be on the lookout for changes in a team member’s behavior. For example, if someone changes their tone in messages and emails.

Be on the lookout for if an individual suddenly changes their messaging style. If they usually use emojis and exclamation marks but start making clipped replies such as  ‘OK’ or ‘Fine’, this could be a sign they’re not happy with a team member or a project.

The same thing applies to group threads. When a team member appears reluctant to discuss issues with a certain person or stops engaging with that individual, the team manager’s alarm bells should ring.

To resolve the issue, it’s important to step in as soon as negative behaviors occur, and then get proactive by asking relevant questions. Checking in with individual team members is paramount to stopping potential conflict before it escalates.

Looking for more tips? Check out our video on how to resolve remote team conflicts

Encouraging team members to get to know and trust each other is a good preventative measure for conflict. In a virtual team, members no longer experience the casual or spontaneous interactions they had previously. So this makes it more difficult to build a natural rapport.

Virtual meetings are the next best thing to face-to-face meetings and high-performing remote teams hold these on a regular basis. They enable bonding and allow people to create relationships and build trust. Once trust is established there’s less likelihood of conflict arising. People tend to be more forgiving of people they know.

As well as holding project meetings, arrange a place where people can communicate easily on a social level, such as via discussion boards. These are places where online team members can put their ideas up for discussion. 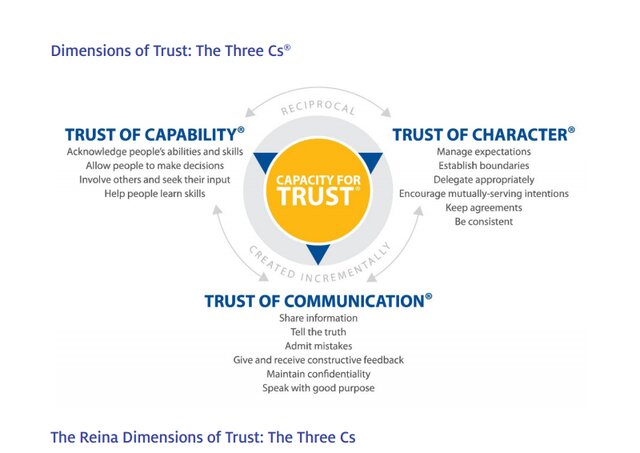 See meetings as a way to resolve conflict, too. Where conflict has been identified, set up a meeting designed to discuss the identified area of disagreement. To make the meeting effective;

Each participant should share their feelings and perceptions about what’s going on.

Once everyone has shared, create a plan – either right away or once you’ve had time to reflect. Then, be clear what’s going to happen next. Once the problem’s resolved, book in a follow up meeting to gain feedback.

4. Use more positivity than negativity in online communications

When dealing with a remote team, it’s important to keep morale high if you are going to avoid conflict. Team leaders should aim to be as positive as possible in communications.

Being constantly on the alert for negative feedback can demotivate team members. Receiving good news, like a ‘thank you’’ message after a meeting, shows their input is valued.

Other ways to keep team members engaged could be to send them interesting articles or funny videos occasionally – just to let them know you are thinking about them. This kind of friendly contact is also helpful for your team’s general wellbeing. That’s particularly important in the present circumstances, which can be trying for people’s mental health.

You could also make team members feel more included by holding online brainstorming sessions. This is a win-win for management, because not only does it bring new ideas to the table but allows team members to thrash out the solutions to perceived problems. This has the added bonus of stopping conflict before it ever rears its head.

To replicate a face-to-face brainstorming session, make use of a blend of communication tools. That can include collaboration apps, video conferencing solutions, and online whiteboards.

Studies show that ‘task’ leadership isn’t always enough to resolve conflict among virtual teams. Successful teams are run by leaders who understand their members’ needs and know how to adapt to the remote working environment. Team leaders need to ‘walk the walk’ when it comes to overcoming conflict; whether it’s interpersonal or task related.

If the team leader is disrespectful or abrasive, team members may follow suit. It’s essential to prioritize respect when working with others online. An ‘I know best’ attitude isn’t helpful, and neither is a notion of ‘your way is the only way’. In order to resolve conflict it’s essential to listen to members’ opinions, in order to find the way forward.

6. Allow team members the time and space to voice their concerns

If there’s something bothering a team member they may be reluctant to air their concerns. Encourage open communication by setting aside a regular one-on-one catch up. This can not only help with monitoring an employee’s performance, but is an appropriate place for them to communicate their problems. 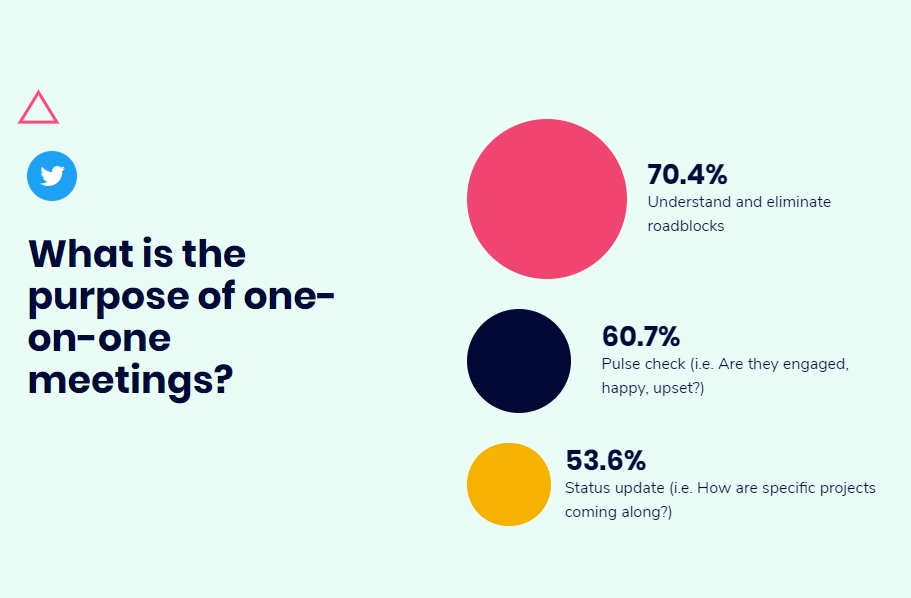 Let team members know there is an open door policy and that they have a voice which will be listened to.

Conflicts can occur in any team but in a remote team, where face-to-face communication is infrequent, noticing and addressing it is more difficult. As a remote team manager it’s essential to see conflicts as they arise and have a sound strategy to deal with them.

Not having co-workers to vent with over coffee makes real conversation difficult. Infighting between people via private messages or emails that others can’t see, can happen. It can even start to make team members feel disinclined to sign in in the morning, or consider looking for another job.

Remote teams have different needs to office-based teams, and most of the differences come from communication. Conflict may be unavoidable but it can be managed well so that projects don’t get derailed or get to the stage where customers are impacted.

When it’s impossible to get everyone in the same room, conflict can be worked out with  consistent, impartial leadership and guidance. As well as good leadership, having a unified business communications tech stack is essential. It helps in building strong relationships between team members as well as mitigating conflict before it even arises.