Lonely at Work? How to Combat Work From Home Loneliness

For creatures as social as human beings, there’s nothing quite as torturous as being and feeling alone. When you work from home, you’re already deprived of the friendly banter and chance encounters that happen in an office. When you work from home during a pandemic, you have the added burden of not being able to socialize in the same way that you would under normal circumstances.

So what can you do when you feel lonely at work and your workplace is your own home? First, take heart: Loneliness is common, even for people who live with family or roommates. According to Cigna’s 2020 Loneliness and the Workplace report, three in five American adults are lonely. Second, read on to take a closer look at loneliness: what it means, what science says about it, and how you can overcome it.

But First, What Is Loneliness?

While the Merriam-Webster dictionary says that lonely means “being without company” or “sad from being alone,” we all know that one can be surrounded by people and feel sad just as easily as one can be alone and feel content.

“Loneliness is essentially sadness caused by a lack of closeness, also known as sadness caused by distance. This is why it doesn’t work to simply surround yourself with people. You must actually feel close to them.” 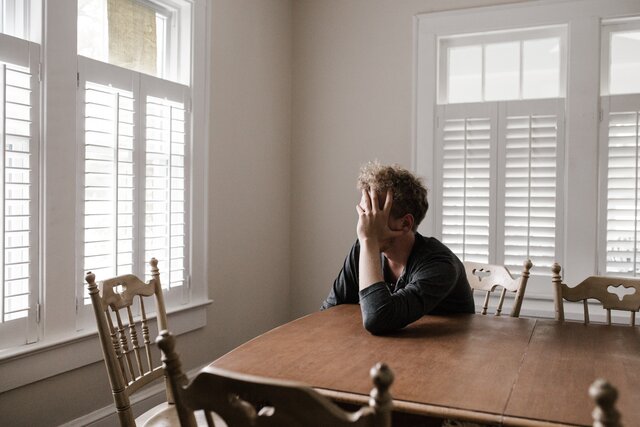 Former U.S. Surgeon General Dr. Vivek Murthy sees loneliness as a public health concern. His definition, as told to NBA.com, is as follows:

So before delving into the rest of this article, I’d like you to divorce the definition of loneliness from the idea of being physically alone.

How Does Being Lonely at Work Affect You?

One study on nurses in a public hospital in Turkey found that the more lonely they were at work, the lower their job performance.

Another study found that higher workplace loneliness corresponded to lower job performance for two reasons: lonely employees are less approachable and less committed to their organization.

One study of elementary school teachers in Turkey found that a lack of social friendships at work decreased job satisfaction.

Loneliness Is Bad for Your Health

Remote Workers Are Especially Prone to Isolation and Loneliness

Compared to office workers, remote workers are more likely to report a lack of companionship and feeling isolated from others, according to Cigna’s 2020 Loneliness and the Workplace report.

And Buffer’s 2020 State of Remote Work report found that loneliness once again showed up as one of the top three struggles for remote workers. 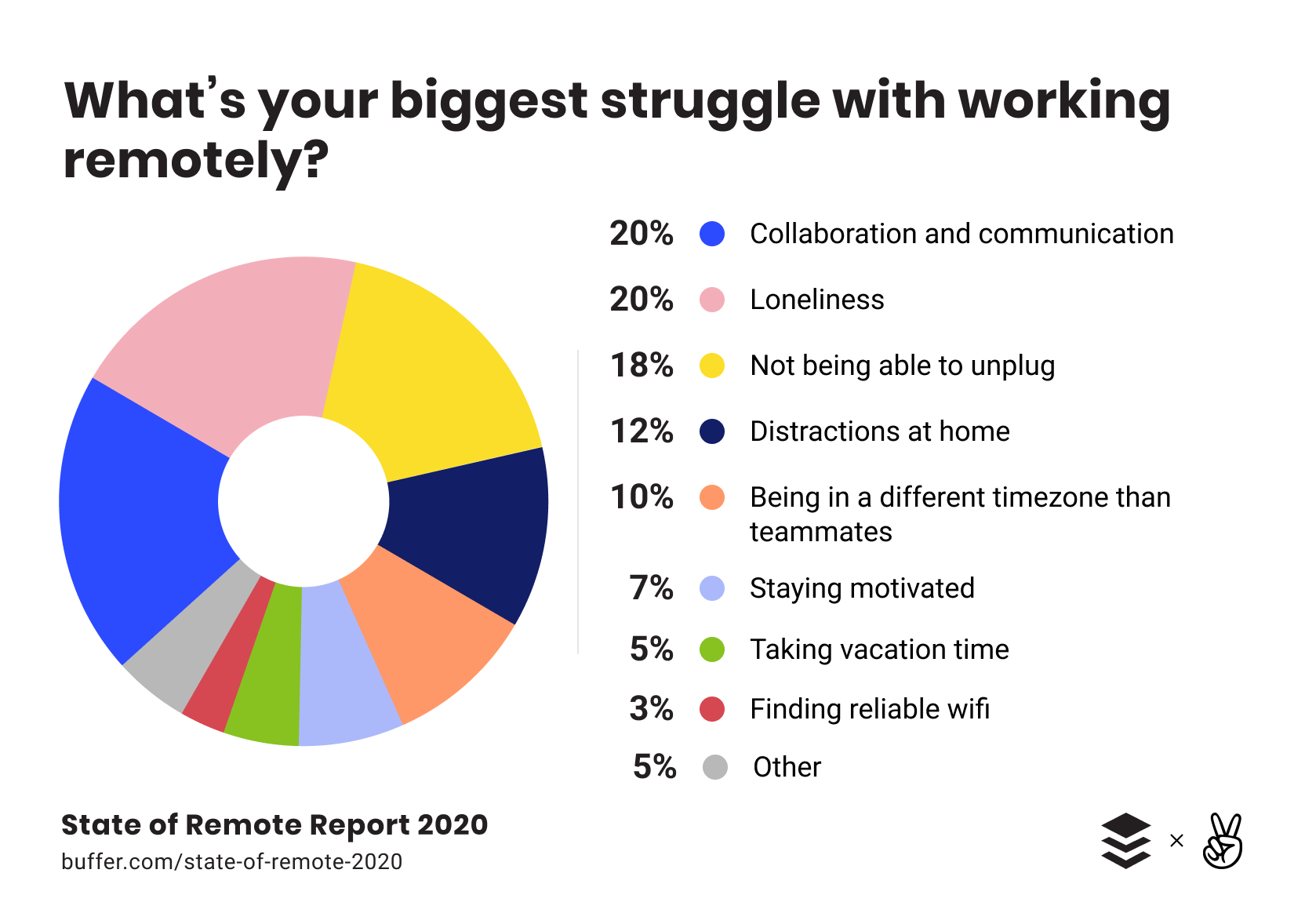 Given the negative effects of workplace loneliness and its disproportionate impact on remote workers, is there anything you can do to feel connected again? Thankfully, yes!

1. Lay Off the Social Media 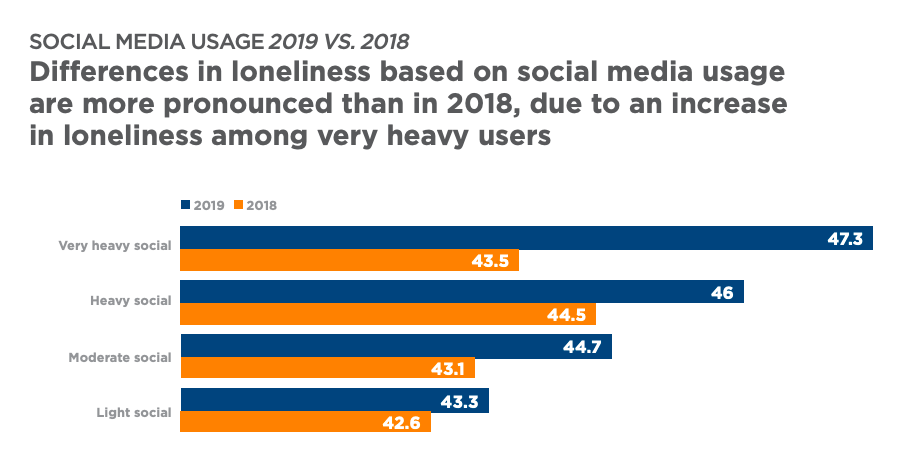 Social media is tricky because it lends the illusion of closeness without the reality of it. You can “like” and comment on Facebook photos of your friend’s baby shower, but you’ll still be painfully aware that you’re not experiencing the moment with them and that those photos weren’t intentionally shared with you, but to their hundreds of “friends” on Facebook.

So, when you’re feeling lonely, instead of watching Instagram stories of your friends at birthday parties and pool hangouts you weren’t invited to, text one of them and ask if they’d like to do a video chat, or go for a walk outside and say hello to a neighbor.

During the coronavirus pandemic, some remote workers are even doing virtual coworking sessions, where they all join a Zoom meeting, have a short chat, and get to work. Sometimes just knowing others can see you and that you’re all working at the same time (even if not in the same place) can stave off loneliness.

Sometimes we feel lonely because we don’t feel like we belong to a group that shares our values or interests. Thankfully, in this day and age, there’s an online community for nearly every interest.

Some places where you can begin your search: 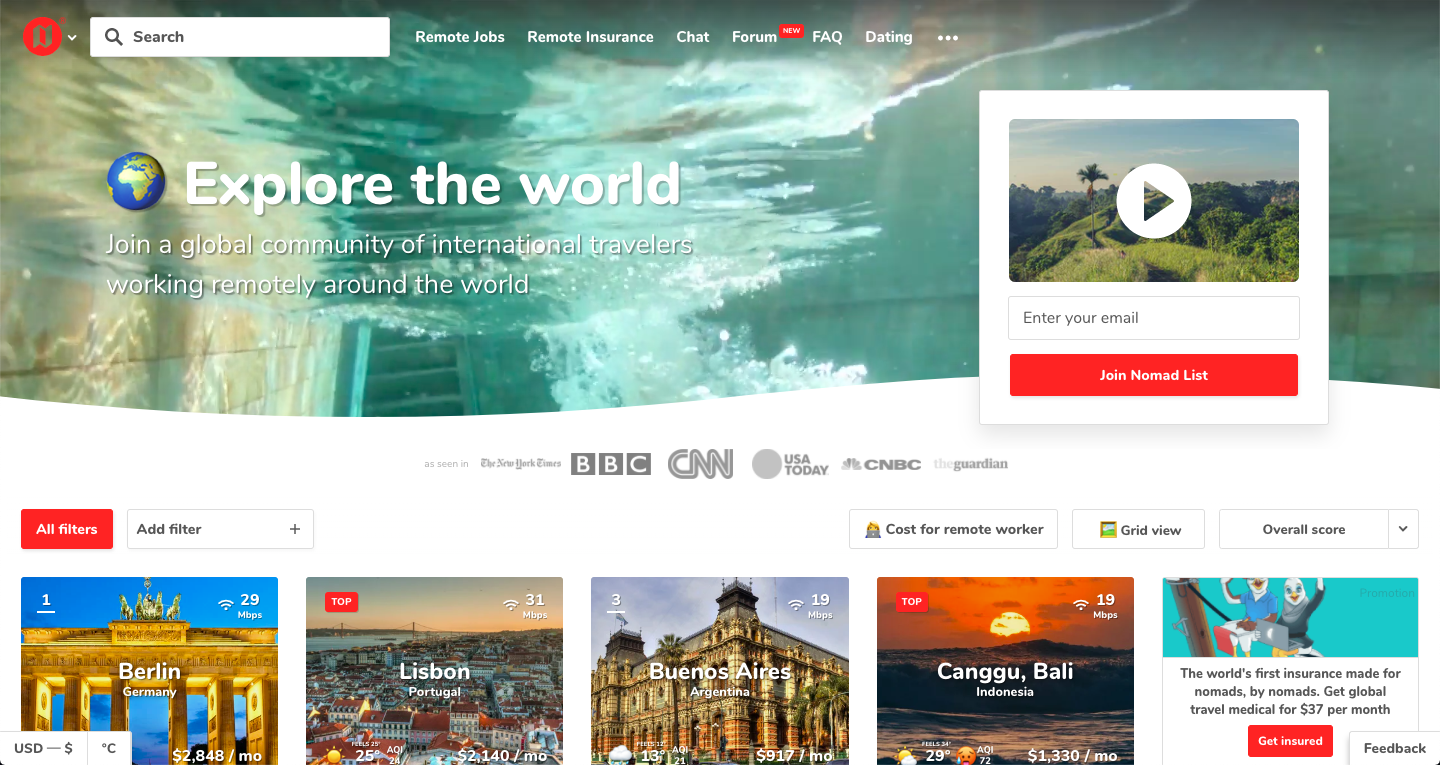 As wonderful as technology is at facilitating social interaction (especially during a pandemic!), it cannot serve as a replacement for in-person exchanges. In fact, Cigna’s study found that participants who interact with other people on a daily basis have an average loneliness score that is nearly 20 points lower than those who never have in-person interactions.

When you go outside—whether it’s for a walk around your neighborhood or a work session at your fave coffee shop—your chances of in-person social interactions greatly improve. Add to that the proven health benefits of the great outdoors, and you’ve got a mood booster in the making. 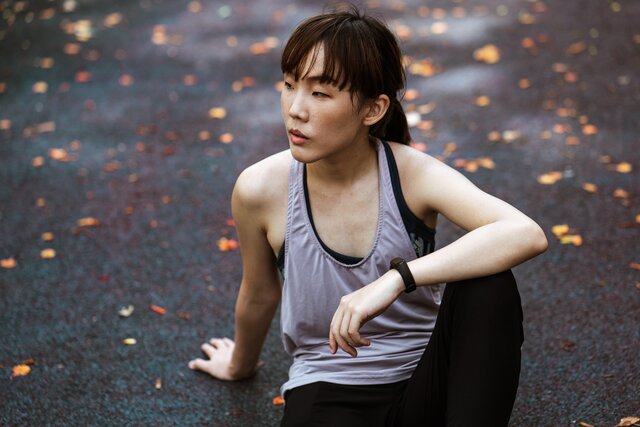 Even if you were working inside a crowded office, you wouldn’t have been immune to loneliness. So it’s not always the nature of your work that leads to loneliness—it could be that your personal relationships need some nourishment.

So instead of thinking of work from home loneliness as a work problem, consider it a personal issue too. You don’t necessarily need to connect with colleagues or find fellow freelancers to become friends with. Start fostering the relationships in your personal life with your significant other, roommate, family member, and friends.

The antidote to loneliness, as we learned from Kira Asatryan, is closeness—but people can’t get close to you if you have your defenses up. The important thing to note here is that not everyone deserves your vulnerability, only those who have earned your trust.

Some action steps to practice vulnerability:

If you decide to make a call, make sure to turn on Krisp so no background noise passes through.

There’s Hope for Those Who Are Lonely at Work

If you’re feeling lonely at work, there’s nothing wrong with you, and it’s not a reflection of your value as a person or employee. Isolation is just one of the pitfalls of working from home that we have to overcome.

Because loneliness is a lack of closeness in your relationships, it’s not enough to surround yourself with people. Cultivate closeness by joining groups with like-minded people, distancing yourself from technology and social media, and allowing yourself to be vulnerable with those you trust.

I’d like to leave you with a challenge: If you’re experiencing work from home loneliness, tell someone. It’s even better if they work from home, too, or are a close friend. Chances are, you’ll find you’re not alone in feeling lonely.