Only a few years ago, no one would have ever imagined that the word “meeting” would become so synonymous with “staring at your computer screen” at a Brady Bunch-like array of other people—colleagues, clients, vendors, family, or friends—staring right back at you. But that’s the reality today and, for better or worse, these last two pandemic-ridden years have transformed our computers into modern-day conference rooms.

For years, experts have waxed poetic on the virtues and pitfalls of different communication styles in the workplace, with a focus on how these play out—for the good, the bad, and the ugly—in meetings. And while many of the dynamics of in-person meetings have naturally carried over into the virtual world, some new habits have emerged that are making it harder for teams to stay productive and engaged during calls.

But before diving into this, let’s first take a look at the primary communication styles that dominate the workplace today to better understand the key drivers of those new habits.

The 4 main communications styles in the workplace

No two people are the same. So it’s only natural that how people communicate—whether verbally, non-verbally, or in written form—can vary quite a bit as well. Even so, it has been found that people typically fall into one of four primary workplace communication styles:

These are the so-called “wallflowers” or quiet people on your team. They rarely speak up, don’t often take a strong stance on team-related issues, avoid confrontation at all costs, and do a poor job of openly expressing their needs or feelings. And most of all, they hate being put in the spotlight. People who exhibit poor eye contact and willingly go with the flow, whether or not it’s in their best interest, fall into this camp.

These people embody a “bull in a china shop” mentality. They tend to have strong opinions, be set in their ways and views (to the point of ignoring other people’s perspectives), frequently interrupt when others are speaking, and can embody a reactionary or confrontational tone. Because these people are quite outspoken, they typically command a strong presence—but not always for the right reasons.

According to Indeed, “Passive-aggressive communicators appear passive on the surface but often have more aggressive motivations driving their actions…[and] can quietly manipulate a situation into one that benefits them.” They are akin to a wolf in sheep’s clothing who make others feel as though they are secretly trying to undermine everyone’s efforts. As you can imagine, this makes collaboration quite difficult.

In the workplace, the assertive communication style is the dream. These people know how to support their views and perspectives clearly, advocating for how to achieve their goals. Unlike other communication styles, they approach every situation in a polite and respectful manner. However, they are aware of their own limits and know when to say “no,” if that response is warranted, but not in an aggressive or confrontational way. As such, these people tend to be great collaborators who make others feel comfortable. 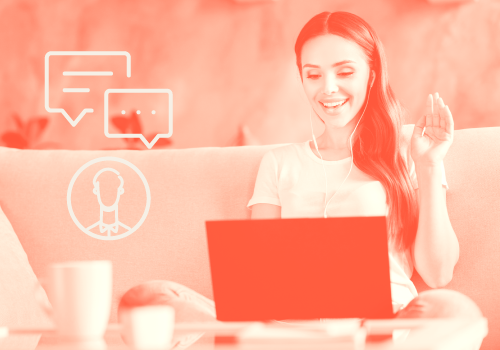 Once the novelty of non-stop online meetings wore off, people soon realized that their devices could give them a “get out of jail free” card for exhibiting behaviors during meetings that would otherwise not be possible in an analog (aka, in-person) meeting environment.

Part of this includes what The Digital Workplace has identified 10 new communications styles—from the “over communicator” to the “emoji monarch”—that have become a common thread in today’s digital-first world. But there are a few more communication habits worth adding to that list that we’ve also seen crop up quite a bit as the world has worked remotely:

Online conferencing apps make it really easy to know who’s on mute during a call. While some people do this to avoid noise and other distractions happening in the background from disrupting the call, there are others who use it as a protective shield—and an excuse for not actively participating in the discussion. Whether they are actually paying attention to what’s being said is anyone’s guess.

Admittedly, we all have moments when we just don’t feel camera-ready or when our surrounding environment isn’t necessarily work-appropriate. The problem here is that when you can’t see others on a call, you have no idea whether or not they are engaged in the discussion. Much like the mute button, a blank screen is an easy way to show that you’re “present” without always really being present.

“Can You Repeat That?”

Even if you show your beautiful face on-screen and use your mute button sparingly, it doesn’t mean there aren’t about 100 other things distracting you from the conversation at hand. And there’s nothing worse than when, all of a sudden, you hear your name called out—but you didn’t actually hear the question. So, you coyly blame a “bad connection” and ask whoever asked the question to repeat themselves again. 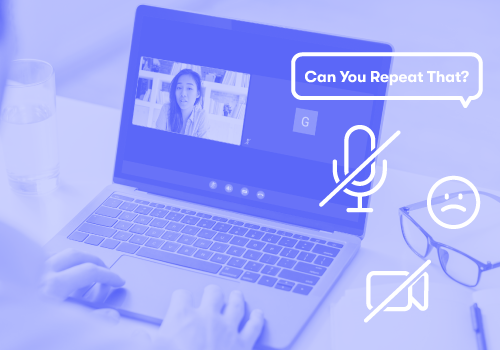 Some people have accepted the reality that working from home is here to stay, so much that they don’t even bother trying to be presentable anymore. These are the bold ones who are unafraid to leave their camera on for everyone to see their various states of disarray, including hopping on the line with disheveled hair and “PJ chic” fashion. They remind us that “the show must go on” in spite of all the odds.

Managing the dynamics of different communication styles at the workplace can be tough. And these dynamics can be even more challenging to whip into shape when communicating primarily via a digital means. The key is understanding the new communication behaviors that have emerged in today’s virtual world. Once you understand these habits, you will be better prepared to help your team stay focused on the conversation at hand to create a more productive and effective online meeting experience.